After five weeks of Raiders football, they are 2-3. Last years they lost a total of four games and the last game of the season was because Derek Carr was out. Last year was a magical season, I can’t explain it but a team sometimes has a season where everything goes right. Of course Derek Carr suffered a injury but before that it was going great. It was the comebacks, Derek Carr made so many comebacks last season. When a team is on the winning end of those, it’s their year. We all know the reality. Derek got hurt and the season was over.

During the off-season the Raiders cut their offense of coordinator. They promoted their quarterbacks coach to that position. I think the that Raiders didn’t realize that he would 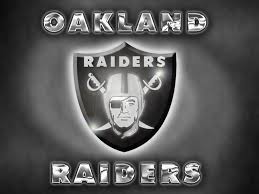 be a big factor in 2017. The offense is non-existent. The team is not playing well at all. We all knew that the Raiders defense would be bad but we decided that the offense would score 34 point per game. We were wrong.

Derek Carr comes back this week against the 1 win LA Chargers. The Chargers always play tough. It would not surprise me if the Chargers win. Then they face the Chiefs on Thursday. The Chiefs are the best team in the NFL. They have a complete team. I am not confident in the Raiders winning that game. So with my calculations, if the next two games are losses. The Raiders will be at 2-5 and yes they will miss the playoffs.   With that being said they need to focus on the defense for next year. The defense needs to get better. The old saying that defense wins championships, is true. Just think of the Super Bowl winners. The winning team is usually the one with the best defense in the league.