Since the New England Patriots started their run in 2001 and it started with the 2001 AFC divisional playoff game, also known as the “Tuck Rule Game”.  It seems that their four Super Bowl championship always had some call or some scandal. I will 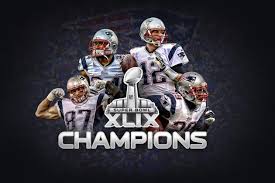 not take anything away from the Patriots because you still have to play the games and execute. Yes the Tuck game was luck and spygate and deflategate could have given the Patriots an edge. I think unless you are a New England Patriots fan, you really can not stand this team. The New York Giants can laugh and say we have the Patriots number. Roger Goodell and Robert Kraft are or were buddies. This whole dilemma with the Patriots and Goodell may have caused some friction.

Spygate to Deflategate: Inside what split the NFL and Patriots apart

His bosses were furious. Roger Goodell knew it. So on April 1, 2008, the NFL commissioner convened an emergency session of the league’s spring meeting at The Breakers hotel in Palm Beach, Florida. Attendance 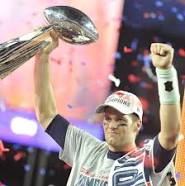 was limited to each team’s owner and head coach. A palpable anger and frustration had rumbled inside club front offices since the opening Sunday of the 2007 season. During the first half of the New England Patriots’ game against the New York Jets at Giants Stadium, a 26-year-old Patriots video assistant named Matt Estrella had been caught on the sideline, illegally videotaping Jets coaches’ defensive signals, beginning the scandal known as Spygate.

Behind closed doors, Goodell addressed what he called “the elephant in the room” and, according to sources at the meeting, turned over the floor to Robert Kraft. Then 66, the billionaire Patriots owner stood and apologized for the damage his team had done to the league and the public’s confidence in pro football. Full Article

Since the Tom Brady suspension has been overturned and he will start week 1 Thursday night against the Steelers. The Patriots can get the last laugh and win the 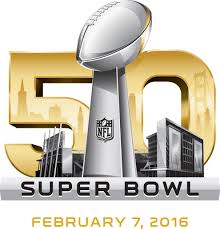 whole thing again. I do not want to see that and if you are not a Patriots fan you do not want to see that either. Eventually we will forget the Tuck Rule Game, Spygate and Delfategate and all we will remember is the Dynasty the the New England Patriots had. I ask you the question, ” Should there be an Asterisk for the New England Patriots | Nasser Erakat. Thanks for taking the time to read.