We all know the famous words that Neil Armstrong said when his feet touched the moon surface, “That’s one small step for a man, one giant leap for mankind.”  What an accomplishment for the United States of America and humanity. On July 20, 1969 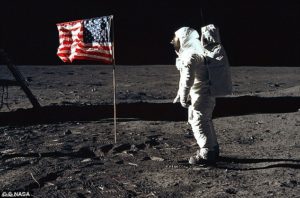 America beat the Russian on landing on the moon and won the space race.  Nearly 47 years later and there is some who believe we never landed on the moon and it was all a Hollywood production. It’s about 7% of Americans think that the moon landing is fake. I thought to myself, why would 7% or any percent believe that the moon landings were fake. I was not born when we landing so I had to do some research. I started to look at “Conspiracy Theory” sites. There goes that word  again. I started to type away and start searching. The Conspiracy Theorist have a few points that they say prove the Moon Landings were fake.

These are just a few reasons. Click this Link and see more reasons. This link debunks that the moon landings were faked.  Would America really fake such a historic event. Would are Government lie to us? Whatever you believe, I always say does it really matter. Let’s just say in a “Bizarro World”  based from DC Comics that it was all fake. What can we do about it? It is an embarrassment for the United States? Does the United Stated really care what other countries think about them? I do not mean to offend anyone who believes the landings were faked. I just think there needs to be more evidence then they few items that are presented. Did we really go to the Moon | Nasser Erakat. I guess we will never know.

A Russian official has has cast doubt on the first moon landings and demanded an investigation into what really happened after original Nasa footage of the event disappeared.

Vladimir Markin, a spokesman for the Russian government’s Investigative 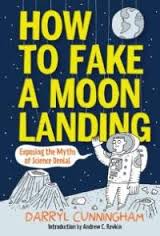 Committee, says he wants an inquiry after the video from 1969 and a piece of lunar rock, which was brought back to earth, went missing.

In an opinion piece in the Russian newspaper Izvestia, Mr Markin says that such an inquiry is vital to reveal new insights into the historical space journey.

According to the translation in the Moscow Times, Mr Markin claimed Russia were ‘not contending that they did not fly (to the moon) and simply made a film about it.’

But his comments are certain to be seen as a deliberate attempt to suggest there is reason to doubt the lunar landing was real – especially as he also attacked the US investigation into FIFA corruption. Full Article

What do you think? Did we go or did we not go? I can see why the United States would have faked the landings. They were trying to beat the Russians, fulfill John F. Kennedy’s wishes to put a man on the moon and return them safely back to earth. I can 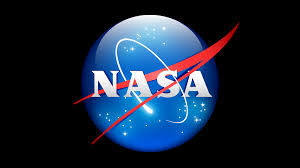 see that but I just think with all the people involved someone would have slipped and said,”Hey the Moon Landings were Fake.” You cannot quiet everyone. That is one issue I have with the moon landings being faked. The fact that no one who was part of the Apollo program came out and said it was faked. Did the Government pay them that well that no one would talk. Also what about the people on their death beds, you do not think they would say anything. So when the questions is ask, Did we really go to the Moon | Nasser Erakat? It is up to you to believe what you want. Thanks for reading.