People always ask me, “Do you vote?”. I tell them No, then they say every vote counts. I just laugh under my breath and change the topic. Seriously   people do you really think that this Government or any Government would allow their citizen choose 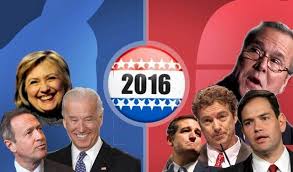 the next leader. Unfortunately the Presidential election has already been made up. I will give you a hint on who will be the next president. His last name starts with a “B”, his Father and Brother were both the president. Give up, well our next President will be Jeb Bush. I know most of you are like, “yeah we know” I am just letting the few that think their vote matters. Sorry didn’t mean to burst your bubble. The reason I say this is because the electoral college selects the President. So picture this, you submit your vote for Candidate A and so do most people. The electoral college select Candidate B, but you ask why? The people (Popular Vote) selected Candidate A. Yeah and for all of you who say,” That will not happen.” Look back at history and see it has happened and it happened with a Bush running for president. So Does it matter who you Vote for | Nasser Erakat

What is the Electoral College?

The Electoral College consists of 538 electors. A majority of 270 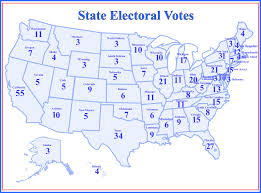 electoral votes is required to elect the President. Your state’s entitled allotment of electors equals the number of members in its Congressional delegation: one for each member in the House of Representatives plus two for your Senators. Read more about the allocation of electoral votes.

Each candidate running for President in your state has his or her own group of electors. The electors are generally chosen by the candidate’s political party, but state laws vary on how the electors are selected and what their responsibilities are. Read more about the qualifications of the Electors and restrictions on who the Electors may vote for. Full Article

Please if you feel that your vote does matter, go an vote. Most of the people running for President will say what they want you to hear anyways. Then if they get elected, everything they say never happens. I do not blame these people who think they can make a difference. It’s not up to them any ways, they are just the Figure for the

people and the world to look at. Maybe some of them do really have the true intention to make a change but their hands are tied. If you are elected and try to do good for the American people, well you know what might happen. So Does it matter who you Vote for | Nasser Erakat. I say No what do you say? Thanks for reading.