Well of course they do. The society would be different if the media did not lie. Everyone always talks about Free press, there is no free press. The Media is told what to say and how to say it. The biggest way the media manipulates the news. For

example right now in the world we have terrorism which is a big problem. These people have no value for life. I have noticed that the media classified a terrorists as a person from the middle east and has a Islamic faith. So you don’t believe, well look at any news article that has a criminal act committed.  If it is a person of the classified “Terrorists” profile then the Article reads, Terrorists strikes again. If it is a person that does not meet their classification, then the news Article reads, A Criminal Act was committed today. They could be both of the same kind of crime but one is classified as a criminal act and other a terrorists act. If the person who committed the crime is of middle eastern decent and says to the media this is not a terrorists act, the media says it is related to Terrorism. So Does the Media Lie to US | Nasser Erakat. You will just have to find out for yourself. It’s not only related to this subject. It’s many other things too, For example Business News, Presidential candidates and any other things.

Does the Media Lie to Us | Nasser Erakat The Illusion Of War: Is Terrorism A Criminal Act Or An Act Of War?

The United States, United Kingdom, and Canada are significant forces in what 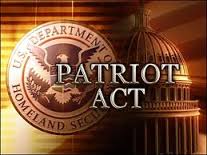 currently constitutes the Western world. These three nations are closely linked through their overlapping history, ongoing diplomatic relations, and economic power. In short, these three nations are powerful global authorities. It is imperative to note, however, that the powerful and advantageous position held by these nations is not without tribulation. In modern history, Western powers such as the US, the UK, and Canada have been in conflict with international and domestic terrorist organizations that threaten to destroy the social foundations that these countries attribute to their success.

The West has attempted to employ a number of solutions in an effort to combat terrorism. Some resolutions include the legal prosecution of terrorists at the domestic and international level, or engaging terrorists through military combat that is considered ‘warfare’. The purpose of this briefing note is to determine how Western states like the US, the UK, and Canada deal with terrorism, and whether or not terrorism should be contextualized as an ‘act of war’ or a domestic crime. Full Article 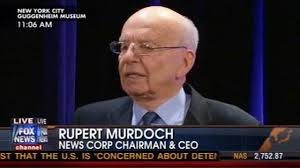 Rupert Murdoch, the owner at the time of FOX News.  It talks a lot about how FOX News sets up the news. Here are a few quotes from the video.

During the first few years that Murdoch’s ownership of Fox’s DC affiliate, he had a hands-off approach to new content; partially due to their success. One day orders came from Murdoch’s offices that the network should cut away from their regularly scheduled program and broadcast the RNC’s fawning tribute to Reagan: “we were ordered, from the top, to carry propaganda; Republican, right-wing propaganda”. It foreshadowed what Fox News would later become.

Former Fox News reporters and bookers say that they are afraid to be seen “talking to the wrong people”. Working for Fox meant you were constantly being monitored. It created a culture of fear. If you challenged the heads of the network On ideological matters, you were history.

Fox News went after Richard Clarke as soon as it was apparent that he was going to paint the Bush administration in a bad light. For Fox News, “mudding” arguments is almost as good as winning them. So, they didn’t need to definitely prove that Clarke, a former member of the Bush Administration, was angling for a position in a Kerry White house, they just had to make it look like a possibility.

These are some of the stories from this video. It’s pretty interesting and all I ask is watch it and make your own conclusion. Then you can answer the question, Does the Media Lie to US | Nasser Erakat. Thanks for reading.