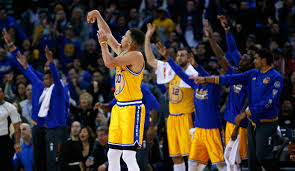 out different. The Cavilers were healthy but this time it was the Warriors who were banged up. Harrison Barns is still out and Stephen Curry is not a 100% oh and the Warriors still do not have their head coach. For most of the game the Warriors lead and even thought it was a slow pace game the Warriors looked like they would win the game. Eventually they did and they improve their record to 28-1. Which makes them the, Golden State Warriors 28-1 | Nasser Erakat. Also on Christmas the Spurs and Thunder both lost. All these people talking about the Warriors and how they have not played anybody yet? Huh? Was the Cavilers their first test? Is that what people were saying? Well not only did they have the longest streak to start the season but they have beat everyone that made the playoffs last year. What excuse is going to be next? The crazy thing is that the Warriors are not playing well. They can play so much better. That’s scary.

Warriors not happy with their play, despite record

And that, as they see it, is an exciting reality to embrace. 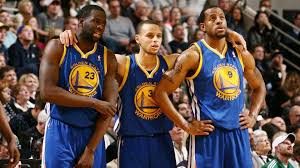 said after their 89-83 win over the Cavs in a Finals rematch on Friday. “That’s part of it that pisses me off, and the part of it that makes me very, very happy. I think we’ve got a lot of improving to do, and we will.”

Said Warriors center Andrew Bogut: “The last 10 games, we haven’t had great games – even though we won them. We just know how to win, but we felt like we weren’t playing that well. So without sounding arrogant … we’re 28-1 and we’re saying we haven’t played that well, that we have things to work on.”

Yet what may sound crazy at first is, in fact, true. From their Nov. 30 win against the Utah Jazz to the defensively dominant defeat of the Cavs on Christmas Day 11 games later, the Warriors – whose lone loss came at the Milwaukee Bucks on Dec. 12 – have fallen short of their lofty standards. Full Article

Once the Warriors start playing up to their potential and get healthy, I think we may see another streak in the making. I can see the Golden State Warriors in June defending 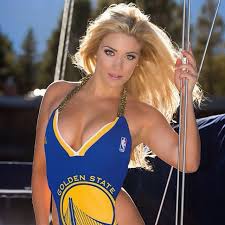 their title. I can also see that in June if they win it all again and win back to back titles, come the start of the following season someone will make another excuse why they won. Stop disrespecting and start watching something special. This team may be on the verge of something special. Keep disrespecting and keep making excuses. Thanks for taking the time to read this article.