On Christmas Eve the Oakland Raiders would win their last home season game for Charles Woodson.  Some people say that this might have been the last game 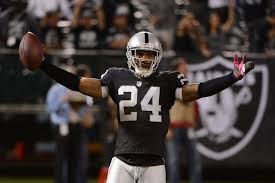 played in Oakland, since next month the NFL owners will vote on which teams moves to Los Angeles. The game in general was sloppy and Derek Carr would throw a first quarter interception. The game did go to overtime and Raiders got the victory. There is one more game left this season for the Raiders and I would love a victory against the Chiefs and go 8 and 8 this season. I don’t like to play the should have game but the Raiders should have beat the Chiefs in Oakland and they would have if Derek Carr doesn’t throw three 4th quarter interception, which two of them lead to touchdowns. Derek needs to go into this offseason and get better in making those decisions. Derek Carr has one more game to put a stamp on the 2015 NFL Season.

In a tight victory over the Chargers in Oakland on Christmas Eve, Raiders punter Marquette Kingkicked the ball eight times for a total of 400 yards. This news alone is not unusual for King, now in his third year as Oakland’s

every day punter. He has always been associated with a dynamite leg, like a driving specialist in golf. But against San Diego, six of those eight punts pinned the Chargers inside their own 20-yard line. There is absolutely no question that such miserable starting field position changes the game, and King, according to ESPN, has already set the Raiders‘ franchise record for most punts inside the 20-yard line this season (35). The Raiders, by the way, have employed some pretty good punters over the years.

King also has one of the lowest return rates in football, one of the lowest return yard totals in football and is tied for the longest single punt of the year (70 yards). Punters and kickers are often bypassed during the players of the week highlight, but sometimes it’s good to stop and think about just how much they can impact a game. Kudos to King, who earned this week’s AFC special teams player of the week award. Full Article

One more week to go. The Oakland Raiders have surprised a lot of people this year. They have a lot of work to do but I am happy that we have a offseason to look forward to. The Raiders will need to get better on defense. Hopefully these close games they lost this year will turn into wins next year. It is upsetting to know that now that the Raiders are on the up and up they might be playing in Los Angeles. I hope they don’t leave and we see the playoff run here in Oakland.

The playoffs are set and the teams that are in, really do not have that much experience at quarterback other then Tom Brady. It should be an interesting playoffs. Which teams will be playing in Santa Clara. Will it be Alex Smith, Tom Brady or even Aron Rogers. 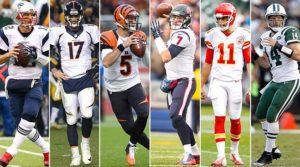 These players have the bay area connection. I still think we will see from the AFC, New England. In the NFC, we will see either Arizona or Carolina. Carolina did lose this past week but that doesn’t mean anything. If Carolina wins om Sunday, they will have home field advantage throughout.