After watching week three are we getting a feel for which teams will be in the playoff hunt. The Patriots, Bengals, Broncos, Packers, Panthers, Falcons and Cardinals are all 3-0, will these be the top teams in the NFL? We know that the Patriots can 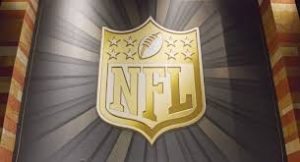 score at will and they put up 51 points on Sunday. The Falcons can be down going into the 4th quarter and still win the game. The Cardinals look to own the NFC West this year. I think to me one of the biggest surprises this year is the Raiders. After getting blown out in week 1 and yes Derek Carr left the game in the 2nd quarter. The Raiders have been able to put points on the board. The Raiders were facing a lot of odds against them in Week 3. First they needed to travel to the Eastern Time Zone, where they have not won in three years. Second they need to play a against a team that they have not beat at home since 1985. Third they had to try to win back to back games. That is asking a lot of this team. They overcame all that and another surprise happened. The Raiders had a quarterback go over 300 yards passing, a running back go over 100 yards rushing and a receiver go over 100 yards receiving. When was the last time that happened.

CLEVELAND –- Raiders churned out 469 yards of offense in Sunday’s 27-20 victory over the Cleveland Browns. Amari Cooper and Latavius Murray accounted for more than half that.

Sixty percent, to be precise.

their craft, and a sign that the Raiders offense can be dangerous when it gets going.

Cooper got the Raiders off to a roaring start, exceeding 100 yards in the first half alone. He ended up with eight catches for 134 yards despite being shadowed by elite Browns cornerback Joe Haden. Full Article

With injuries depleting their pass rush, the Carolina Panthers have acquired some much-needed aid.

The Chicago Bears announced that they have traded pass rus 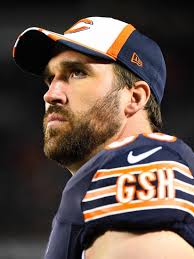 her Jared Allen to the Panthers. Carolina will send a 2016 sixth-round pick to Chicago, Bears coach John Fox confirmed.

The Bears also traded away Jon Bostic to the New England Patriots, according to NFL Media Insider Ian Rapoport, per a source informed of the deal. Full Article

Are the Bears just going to forfeit the season? They just traded one of their best players Jared Allen, even though he is getting up there in age. Is it too early to start to get excited about your team. Raiders fans have a lot to be happy about, when was the 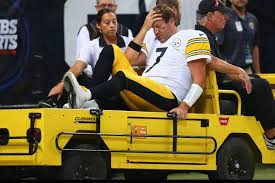 last time they were above 500? I know it is early so why are some teams in panic mode. Are the 49ers and Raven both in trouble. What about the Steelers, they lost their starting quarterback for 4-6 weeks. The NFL is strange this year but we know for sure that the Patriots will make the playoffs and if they win it all some cheating scandal will arise. Well Week 4 is almost here, lets see which teams maintain the winning and which teams start or continue to lose.