The first problem is ownership does not want to spend money. It seems that all they care about is making a profit and not winning championships. The 2014 Oakland A’s 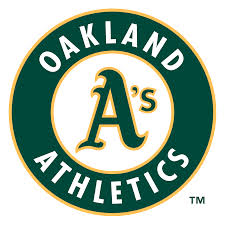 were a prefect example. They were first in all of Baseball. It looked like they were going to get to the World Series. Yoenis Céspedes just won the Home Derby and they A’s were ready to start the second half. At the end of July 2014, I hear the news. “The Boston Red Sox traded ace pitcher Jon Lester and outfielder Jonny Gomes to the Oakland Athletics not with an eye to the distant future, but to next season, acquiring slugger Yoenis Cespedes.” Full Article

I thought to myself, “Why?”. And all of you saying ownership and management wanted to win now or that Cespedes was going to leave the following year. Who cares, If I told you that, the Oakland A’s would win the World Series in 2014 but that Cespedes, Donaldson and who ever you want to add would be gone next year. Or your trade the two I mentioned and in 2015 your record is 58-77 in September. Which would you take? It’s sad, the A’s will never win like this. Billy Beane always adding and subtracting players. STOP!! just Stop. You will not win, start spending money or sell the team.

General manager Billy Beane looked at the large deficit by which 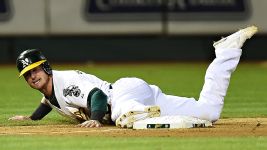 his Athletics lost the American League West to the Angels, then evaluated how Oakland barely held off Seattle on the season’s final day for the second wild card. He realized he needed to rebuild his roster once more, but at least initially he didn’t envision the move he made Friday night: letting Donaldson go to theToronto Blue Jays for third baseman Brett Lawrie, right-hander Kendall Graveman, left-hander Sean Nolin and minor league shortstop Franklin Barreto. Full Article

What really gets me even more upset is the fact that Bill Beane says, that he would do the trade all over again. No you would not, didn’t your mom tell you not to lie. The A’s went from 1st to last in a blink of an eye. They sneak in the wild card spot against the KC Royals and take a lead, I think it was 5-2 going into the Top of 8th. If you watched the World Series last year you would have noticed that the Royals were in it. 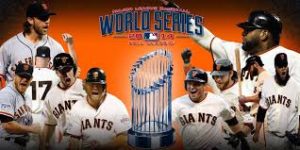 The game started and ended like their season. Well Billy, keep telling yourself and keep fooling the fans who think you will bring championship to Oakland.  Keep watching your across the bay rival winning Championships. Well if you read this and you are an A’s fan, I’m sorry but it needed to be said. Thanks for checking my blog and have a good one.